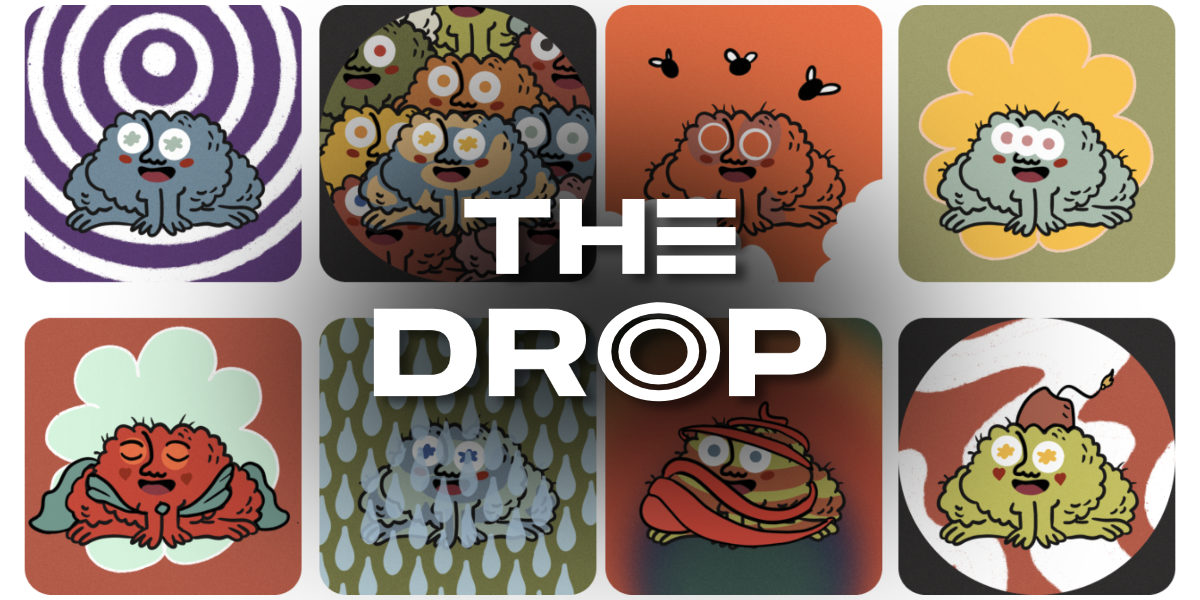 Welcome to The Drop NFT Newsletter. Subscribe for breaking NFT news, project breakdowns, & artist spotlights. Thank you to all who are following along on this journey!

Disclaimer: This is a developing story, nothing is confirmed

Late last night, Creature Toadz Discord got maliciously hacked. We stayed up to listen to Andrew Wang's Twitter space and as of right now, what we speculate is that it was more than likely an operational error (by a moderator) in which a hacker was able to configure a way to access the Discord through a phishing webhook via a shared screen. A (non-phishing) webhook is a reverse API that sends data to the Discord - for example: If you want tweets sent to a Discord channel you can create a webhook for that. Around 90 ETH was taken during this Discord hack. From what we understand the hacker was able to announce a mint page to the entire Creature Toadz Discord and the community rushed to mint on a fake address not knowing that it was a fake mint URL.

All that happened was a webhook URL leaked. With a Discord webhook, you can post any message on any channel.

It is considerably easier to leak this URL than an entire account. Check these perms:

This hack has been planned for around 20-30 days. It has been made known that the hacker's first transaction is through Binance (which you have to use a social security number through) and there are multiple people who know who the hacker is so the chickens are coming home to roost soon.

Here's a breakdown of the attack on our Discord:

- One of the moderators got compromised
- We trusted him, he's a moderator in many Discord servers. And, as a new community, we needed help.
- Here's a screenshot of the audit log
This happened in several other discords tonite.

Before I could even finish writing this newsletter at midnight a wild turn of events occurred. The hacker sent back the ETH to Creature Toadz.

In an insane turn of events, the hacker has returned all the money he stole!!! This is one of the craziest nights of my life. All the affected will be refunded fully in ETH.

Then the unthinkable happened and the hacker come onto the twitter space and said it was all a "game". Moderators in the Twitter space were able to confirm that this Twitter account was attached to the Binance account. Here is the audio of the exchange below.

Abigail, who goes by @peachsundayYT on Twitter, is a 14-year-old YouTuber and avid NFT fan in high school who created @belugiesNFT. This project is centered around donating part of to profits to the beluga whale conservation organizations and a children’s hospital program known as the Sunshine Kids Foundation™ for Children with cancer.

Below is the wholesome moment when the Belugies sold out!

Coinbase is partnering with 4 artists and their NFT collections for the launch of the Coinbase NFT Marketplace. In case you missed the announcement in last week's newsletter, check it out here. As for the launch and partnership, here's what you need to know: Users will be able to join the NFT marketplace, create a profile, and sell their NFTs. Coinbase is also incorporating a "community" aspect, which is important since almost every NFT project has 3 major components for community: a Website, Discord, and Twitter. The Coinbase community aspect may not replace these 3 components, but there are 2M users who may not know anything different. Additionally, users will be able to easily mint on Coinbase NFT.

As for the artist collaboration, here's who Coinbase has partnered with: x0rart, a coder creating a series of smart contract puzzles; Forgotten Runes Wizard's Cult, a collection of 10,000 wizards; Ghxsts, a collection of 272 hand-drawn NFT mythology; And MoonCats, a collection of 96 Genesis Cats and 25,344 Rescue Cats.

Owners of NFTs from these collections will be able to transfer them onto Coinbase NFT. As for any NFTs minted or purchased directly on Coinbase, you will be able to transfer those to any other marketplace (including Opensea) to sell if you so choose. So don't worry— Coinbase NFT isn't going to cut off access to other marketplaces, but they sure are spicing up the competition.

Me before NFTs vs. Me after NFTs 🆒🐱