Happy Friday! We hope everyone has a great weekend 😊 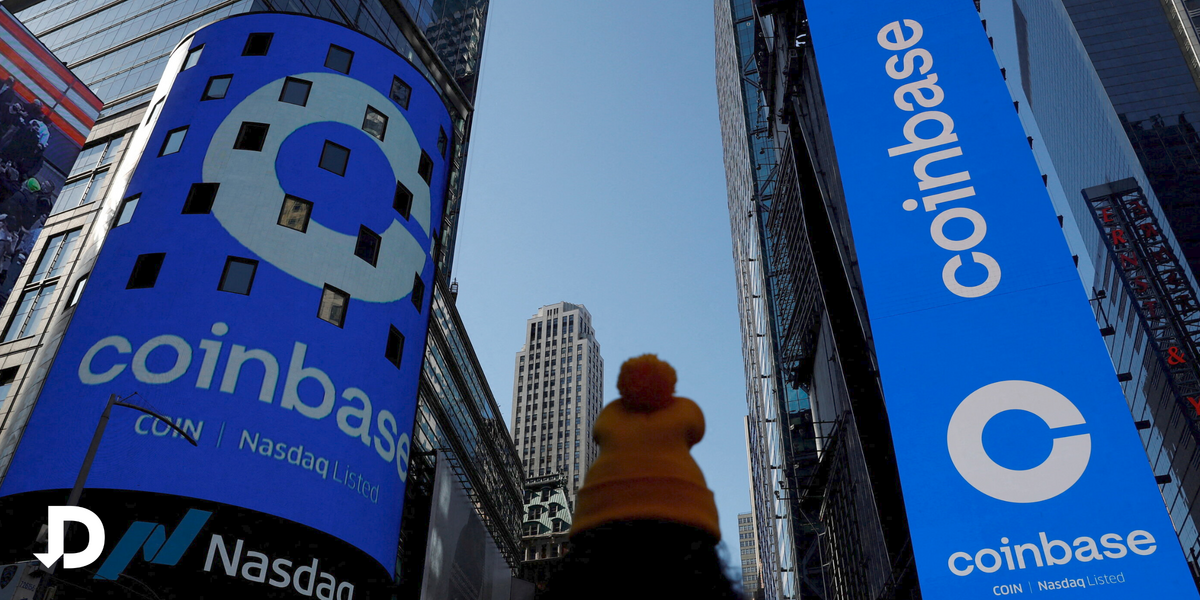 Coinbase lists new cryptocurrencies from time and time, and whenever they get listed, their price tends to skyrocket in the immediate short term. If an individual were to know which cryptocurrencies Coinbase would be listed on their platform, they would be primed to make a large return due to the publicity that the feature provides. Ishan Wahi, an ex-Coinbase product manager, was charged with wire fraud and insider trading. Ishan conspired with his brother, Nikhil Wahi, and Sameer Ramani, both of whom have been charged with the same crimes.

Ishan would inform Nikhil and Sameer about the specific coins that were set to be featured, and then the duo would acquire those specific currencies prior to Coinbase’s announcement. Employing anonymous Ethereum wallets, they felt their scheme was foolproof. Hell, they made about $1 million before the scam came to light. Cobie was the one that actually unearthed the duo’s wallet, which contained large sums of each currency that was due to be announced by Coinbase.

Found an ETH address that bought hundreds of thousands of dollars of tokens exclusively featured in the Coinbase Asset Listing post about 24 hours before it was published, rofl

With this being the first-ever insider trading case within the cryptocurrency market, we’re seeing the tables turn when it comes to investigating Web3 crimes. Over the past few months, we have seen an OpenSea employee charged with a similar type of crime, due to buying NFTs that would be featured on the main page before the unveiling. We have also seen the founders of numerous rug pull projects face indictment on charges of fraud. Digital or not, a crime is still a crime. You will be caught. And with the global ledger aspect of blockchain technologies, your footprint is forever lamented in the chain. What you do never goes away. Be smart and make good decisions. WAGMI.

While Microsoft’s Minecraft released a public notice that they will be suspending any NFT integration until further notice, Epic Games’ Tim Sweeney has come forth to clarify that they are not aboard the anti-NFT bandwagon. Microsoft’s statement has sent prices plummeting for Minecraft-dependent NFT projects, such as NFT Worlds. While Minecraft is claiming to defend the user and gaming experience from profiteering, it is ignoring the more nuanced application of NFTs that have less to do with strictly buying and selling NFTs. Tim’s response to the Tweet posted below embodies the spirit of decentralization, whereas Minecraft’s statement certainly does not. Indeed, Sweeney has challenged the gatekeeping style of Apple and Google and has celebrated the idea that the metaverse will never be owned or controlled by any single entity.

@DicklessRichard@EpicGames Developers should be free to decide how to build their games, and you are free to decide whether to play them. I believe stores and operating system makers shouldn’t interfere by forcing their views onto others. We definitely won’t.

One glaring logical fallacy that Minecraft is feeding into is the notion that if they permit the distribution of scarce items on their platform, then gamers will suffer because items will be exclusive and not available to all. The issue here is that the introduction of some scarce items doesn’t stop the distribution and availability of openly accessible items. In other words, the introduction of NFTs doesn’t stop the circulation of fungible digital items. But what it does allow is users to harvest the value that they create for any given game. Gamers make games valuable through their active dedication and engagement with the application. NFTs serve as a tool for gamers to leverage contributions they make in the game for their own ends, rather than the game developer appropriating those contributions for themselves. Minecraft’s thinking is boring and backward, they will most likely switch their position on the matter in the near future.

Next on the tee, from the metaverse; The Bear Tiger Club!

The Bear Tiger Club’s Course Guide details the many features that will comprise TBTC’s extensive roadmap, including the different tiers of Digital Membership Cards (DMCs), the initial blueprint for “The Golfverse” and the corresponding tokenomics structure.

TBTC’s tiered memberships will include the GOATs, Bears, and Tigers. The GOATs will be the first and founding members of TBTC, composed via invite only. Bears are the next tier, with 5,972 DMCs minting later this year via a combination of giveaways, white list contests and a public sale. The broadest membership tier, Tigers, will come at a later date and still enjoy membership into the club. 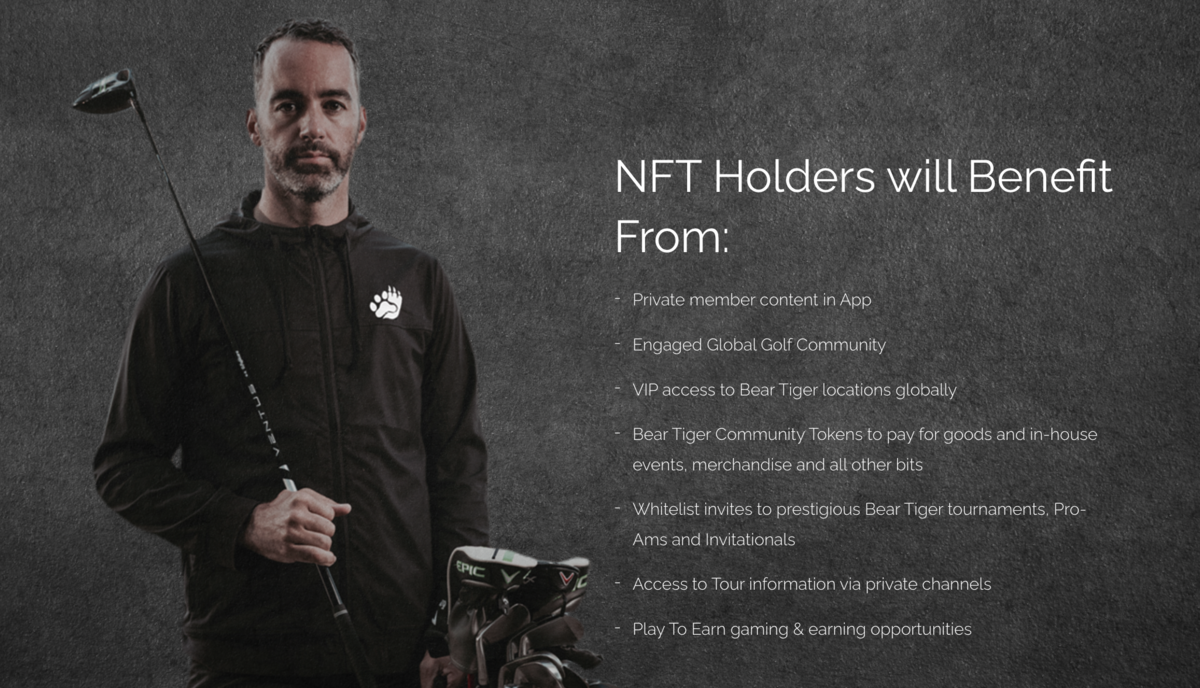 TBTC is excited to offer the classic hallmarks of the country club within metaverse while opening the doors to wider, younger, and more diverse audiences. Through TBTC’s tiered NFT membership offerings, it aims to inspire a wide range of members from golf to Web3 enthusiasts.

TBTC was founded by amiable Brits James Slate, Zane Scotland, Nigel O’Donoghue, James Townshend, and Wayne Berry, all united by their love of golf and bringing the vision of TBTC together. Check out their YouTube channel and podcast (Apple or Spotify) to get to know the founders more. Fair warning; please be prepared for some cutting British banter.

project founders training for the mint

Recent Poll: Are you Bullish on Doodles? 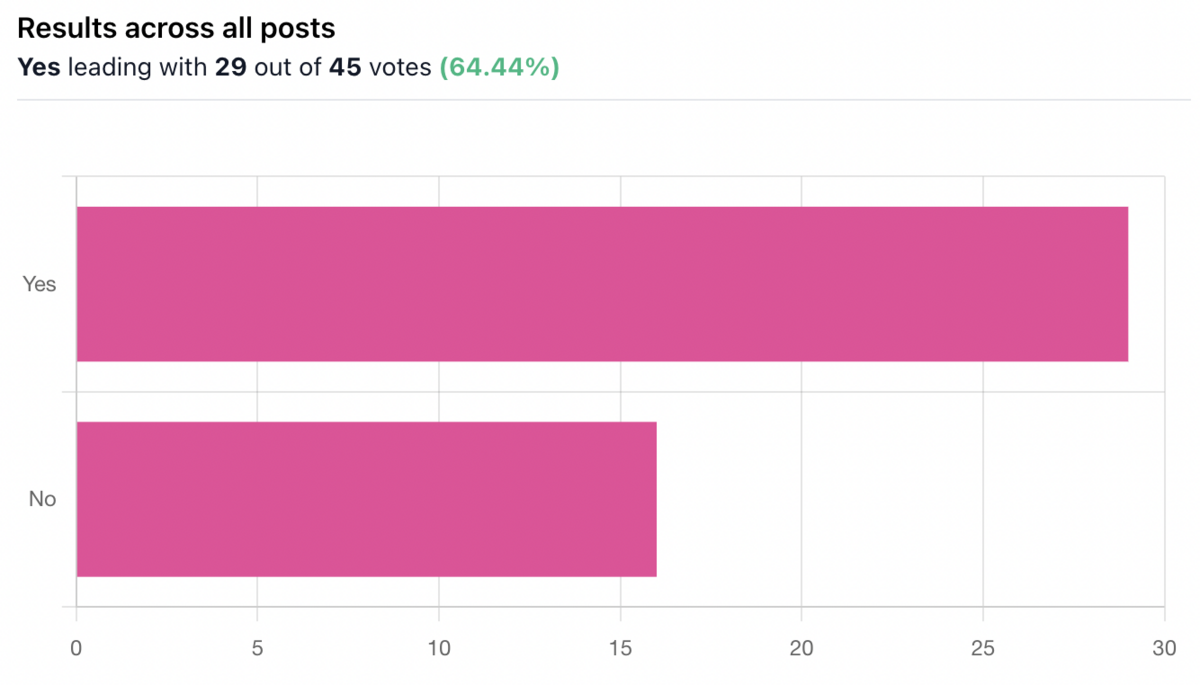