NFT NYC Just Around The Corner

Although NFTs aren’t designated as financial securities under the Securities Act of 1934, that didn’t stop the Southern District of New York from charging Nathaniel Chastain with wire fraud and money laundering in connection with his NFT insider trading. Traders took to Twitter and posted about Nate’s suspicious behavior in September. Shortly after OpenSea’s CEO Devin Finzer published a blog that corroborated these charges, announced Nate’s resignation, and ensured that OpenSea will make sure that their employees can not front-run information in the future.

Hey @opensea why does it appear @natechastain has a few secret wallets that appears to buy your front page drops before they are listed, then sells them shortly after the front-page-hype spike for profits, and then tumbles them back to his main wallet with his punk on it?

Because he misappropriated confidential information he is being charged with fraud, and because he tried to conceal and disguise the capital he acquired from performing fraud he is being charged with money laundering. The recently instantiated National Cryptocurrency Enforcement Team in conjunction with the FBI and Office’s Securities and Commodities Fraud Task Force has collaborated to see these prosecutions through. Nathan purchased 45 NFTs in eleven separate instances before he knew they would be featured on OpenSea’s homepage in order to profit off of the volume and interest that such a feature generates.

According to U.S. Attorney Damian Williams:

“NFTs might be new, but this type of criminal scheme is not. As alleged, Nathaniel Chastain betrayed OpenSea by using its confidential business information to make money for himself. Today’s charges demonstrate the commitment of this Office to stamping out insider trading – whether it occurs on the stock market or the blockchain.”

NFT NYC Just Around The Corner 🔥

Congratulations, fellow NFTers! We made it to June. And with that comes a highly anticipated event that we have all been hearing about: NFT NYC.

NFT NYC is going to be held in Times Square from June 20th to the 23rd at the Marriott Marquis. This conference has been promoted as the biggest NFT event of the year, and its lineup speaks for itself. Along with the 1500+ speakers that are scheduled, there are some big names, such as David Packman (managing partner at CoinFund). Our very own Gannon Breslin (founder of The Drop) will also be speaking at the conference.

The true beauty behind this event is the ability to connect individuals in an in-person setting. Most of us communicate with one another virtually, as Web3 requires us to. To remedy that issue, this event will feature impromptu gatherings being put together by individual project teams, and many more networking shindigs. The vibes are going to be immaculate.

Let’s face it, the NFT space is currently in a bear cycle. There’s no denying that. But, with events like NFT NYC, the exposure that the NFT community receives is profound. And coupled with the high optimism of individuals who live and breathe this space, this conference will hopefully start a new chapter in the NFT industry. And see you June 20th. The Drop will be there. 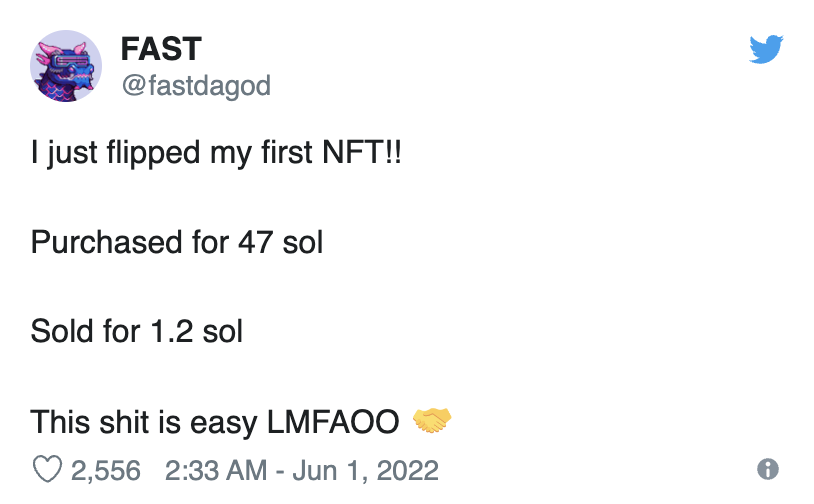