Vitalik Buterin, the iconic co-founder of Ethereum, provided some exciting insight on the future of the Ethereum blockchain at The Ethereum Community Conference in Paris last week. Currently, the Ethereum network is currently able to process fifteen to twenty transactions a second. The future state of Ethereum’s newly refreshed roadmap the mainnet will be able to process 100,000 transactions a second. The blockchain’s transformation includes the highly anticipated forthcoming merge which will change ETH’s validation system from proof of work to proof of stake. Merge will bolster the network’s decentralization, and make it more powerful since a greater number of validators will be able to participate in the network. We will also witness a 99% increase in the blockchain’s power efficiency and new cryptographic protocols. After the merge occurs, Ethereum will be 55% complete, according to Vitalik. The other 45% of its transformation includes the pleasantly rhymed phases surge, verge, purge, and splurge.

.@VitalikButerin claims that #Ethereum will be able to to process "100,000 transactions per second", following the completion of 5 key phases:

A quick breakdown of what each stage means for $ETH. 👇

After the merge will come the "surge", and that’ll make rollups ten times cheaper than they are right now. After the surge comes the verge, and that will be a boon for decentralization since validators won’t need a tremendous amount of disk space to stake. Following the verge will be the purge, and that will strengthen scalability and decentralization by not requiring nodes to store old network history. The final transformation, the splurge, will involve an array of optimizations, potentially mobile phone staking, and upgrades that address defense systems against quantum computing. While developers continue to build on the Ethereum blockchain, Vitalik is ensuring that the very foundation that so many of us are assuming as our base is as powerful, efficient, and decentralized as it can be.

If ETH 2.0 comes in over the bear and picks up actual adoption.

AKA it starts being used by businesses and financial instruments.. thus stimulating demand.

It will flip Bitcoin during the bear and that will be extremely healthy for crypto.

Currently, the slotted date for the arrival of ETH 2.0 is mid-September.

After countless failed token launches, it seems like people should understand the difference between a failure and a success under construction. Since Yuga’s launch of $APE earlier this year, the token has plummeted approximately 75% from its high of $26.19. This has initiated the law firm Scott+Scott to launch a class action lawsuit against Yuga Labs to represent the investors that have generated losses to, in turn, collect restitution. 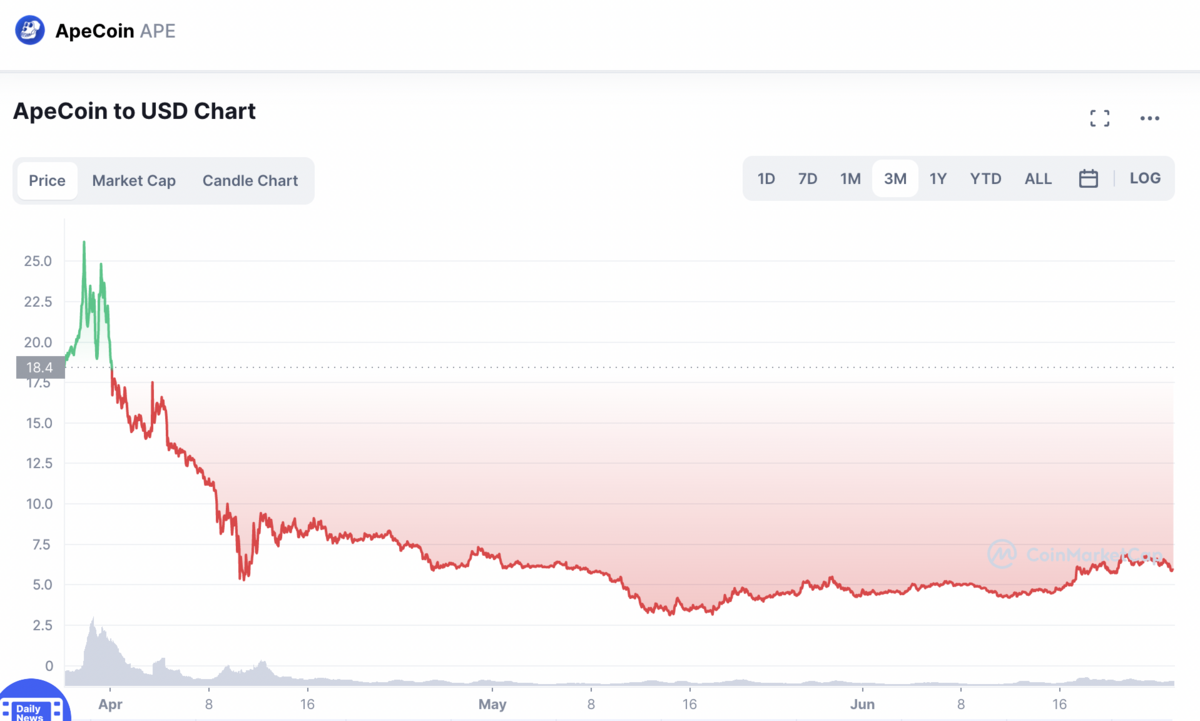 On their website, Scott+Scott state that “Yuga Labs’ leadership used celebrity promoters and endorsements to inflate the price of the company’s NFTs and token, by generally promoting the growth prospects and change for huge returns on investment to unsuspecting investors.” They also state that the “touted growth [of Yuga] was entirely dependent on continued promotion (as opposed to actual utility or underlying technology).” In simple terms, they’re saying that Yuga only grows with endorsements, and not by actual product building. Well, now that those endorsements are drying up, they are starting to fall, including the price of their token, $APE.

With that said, what Scott+Scott fail to understand is that Yuga is currently in a building cycle. With the recent unveiling of Otherside, this new cycle is clear and apparent. Token ecosystems like Axie Infinity failed over time due to less liquidity being pumped into the pool, increased stagnation, and more folks utilizing the game as a means of financial gain, thus bleeding the liquidity dry. But, $APE will be the backbone of the entire Yuga universe, which is worth a whole lot more than Axie, even at the game’s high. Yuga won’t let $APE, or the remainder of their holdings fail. They have too much capital to begin to think about going down that dark road. So why not just sit tight and see how the story unfolds? Have they disappointed up until now? Also, these individuals invested knowing that this space is volatile. The peaks are steep, but the valleys are even steeper. WAGMI.

Pretty wild seeing 75,000 people at @tomorrowland going crazy to the remix of @angelbaby & my song ‘The Otherside’ for @BoredApeYC 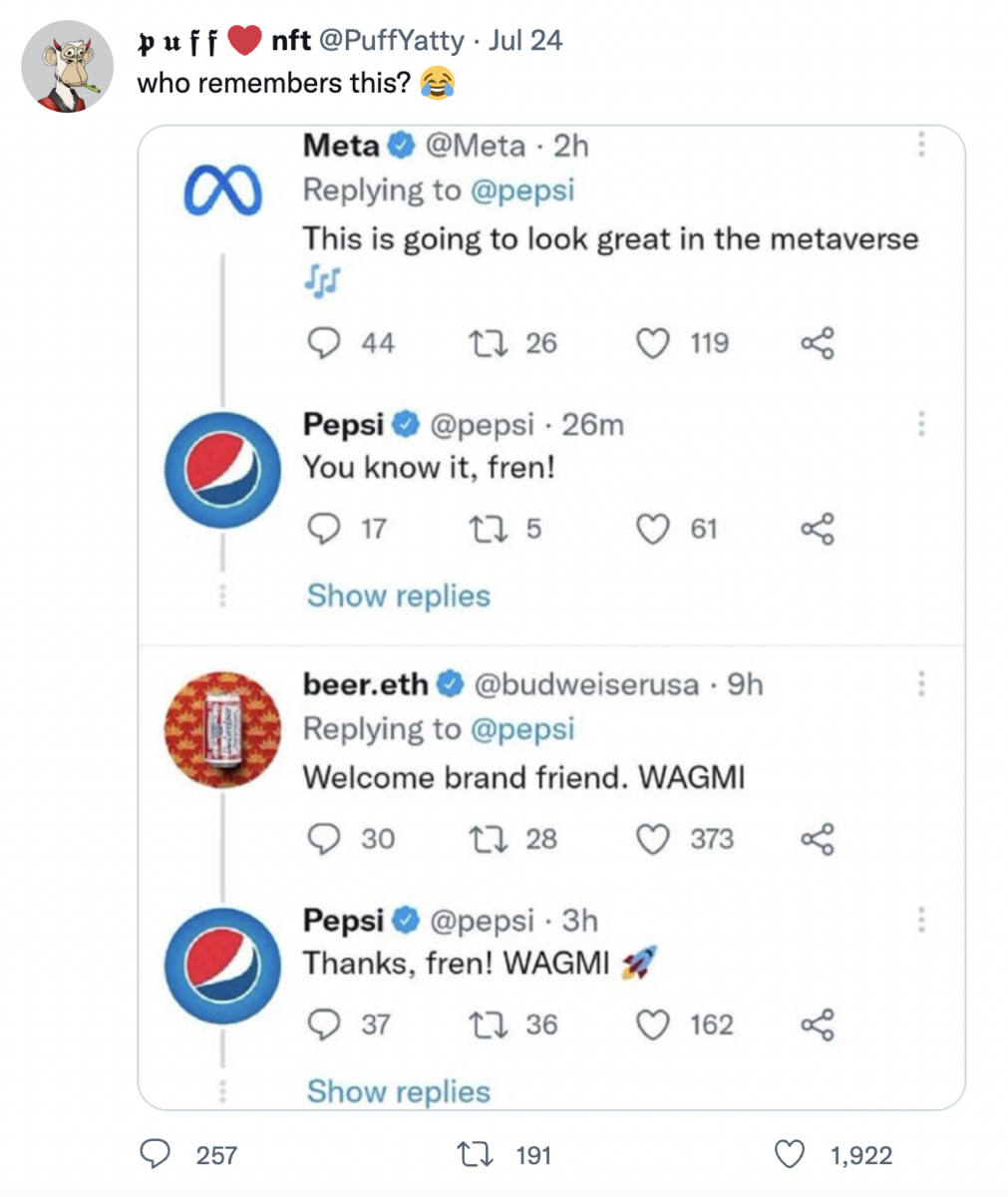