Kanye West famously made explicit his disdain for NFTs last year on Instagram. For anybody inside of the NFT ecosystem that understands the digital asset and its complexities firsthand rather than people who see only its caricaturized representation on popular media, Kanye’s reasoning didn’t make any sense. According to his critique, NFTs are neither real products nor do they have effects in reality. The dissonance in these claims is that he distributes digital music and knows full well what material effects his synthetic musical products have on the world. As an artist who’s thematized the importance of ownership and sovereignty in his lyrics and personality, and as an artist who claims to be a futurist he was perhaps blind at the time to the ways NFTs are proposing a revolutionary model for conferring property rights. Needless to say, he has now seemingly gone against his own words and has filed for NFT patents...confused? so are we.

The rapper made prior statements in disfavor of making NFTs

Trademark Attorney Josh Gerben spotted Kanye West’s Mascotte’s Holdings Inc. filing trademarks registrations for Yeezus. The products include blockchain-based currencies and non-fungible tokens, games, bags, cosmetics, amusement park rides, action figures, and plush toys. These filings are not indicative that he will certainly release anything or that he will release it soon. He filed for a 1B application which means that he intends to use the trademark in the future rather than trying to trademark something that already exists. On another note check out the NFT of Ye’s divorce papers.

Accountability within the NFT space falls upon the “blockchain detectives”, as we call them. One of these so-called detective’s names is @ZachXBT. He has been uncovering scams since day 1 and is a very reliable source because he finds actual evidence on the blockchain. What seems like every week, ZachXBT releases a thread that outlines a scam or hack in the space, and he has struck again.

1/ Let’s breakdown the $6.3m NFT rug Animoon, a project that has constantly screwed over its holders since day 1.

On May 2nd, ZachXBT released a thread outlining the Animoon slow rug. This project consists of 9,999 NFTs that was promoted as being a ticket into a P2E game that featured giveaways, IRL experiences, and more. But, after almost 5 months since the mint, nothing has been delivered. The art is a blatant rip-off of Pokemon, which the project previously said to have signed an NDA with. That turned out to be a lie.

After the commencement of the project, the $6.3 million generated from the mint was transferred to Binance and Kucoin accounts, meaning that the funds are gone. The Twitter has been deleted. The general chat in the Discord has also been deleted. The giveaways that they promised never happened. They also promised the 15 Legendary NFT holders that they would receive $2,500 every month, for life. You guessed it. None of that has happened.

The two founders of the project are based in Dubai, and their names have been released in the thread that ZachXBT compiled. We do not want to publish their names here as that is not confirmed. Regardless, these two founders have scammed numerous holders and deserve to be charged. On top of that, everyone’s favorite online scammer, Jake Paul, also promoted the project. Isn’t it about time that these celebrities are held liable for their shilling? They make a quick bag while the rest of the community loses all their money for no gain. NGMI, rug pullers.

This is a new section that is dedicated to put a smile on your face. Anything we find in web3, NFTs, or crypto in general that has good vibes we will throw it up here. The world needs more of it!

You know yesterday was a really great day…. 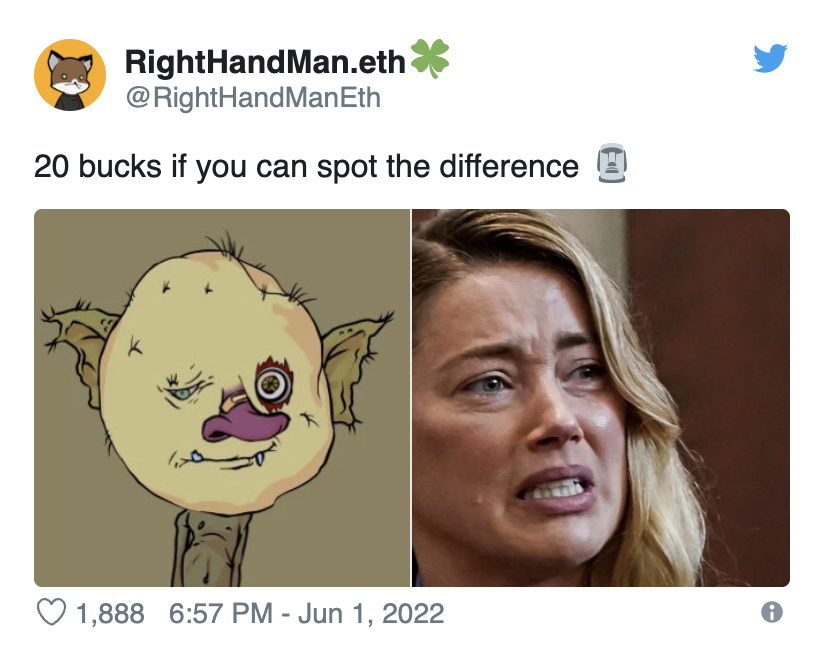 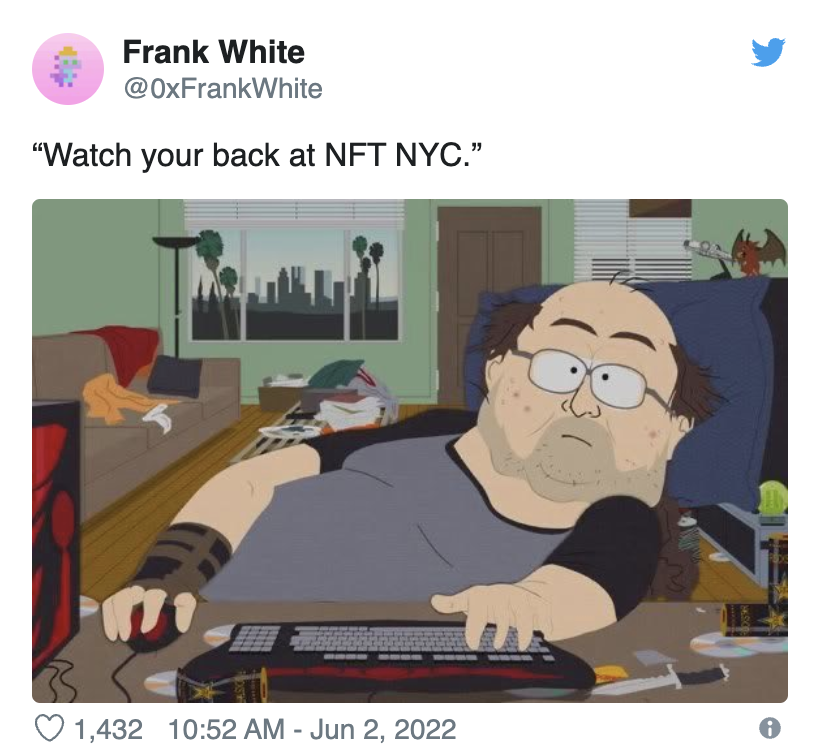