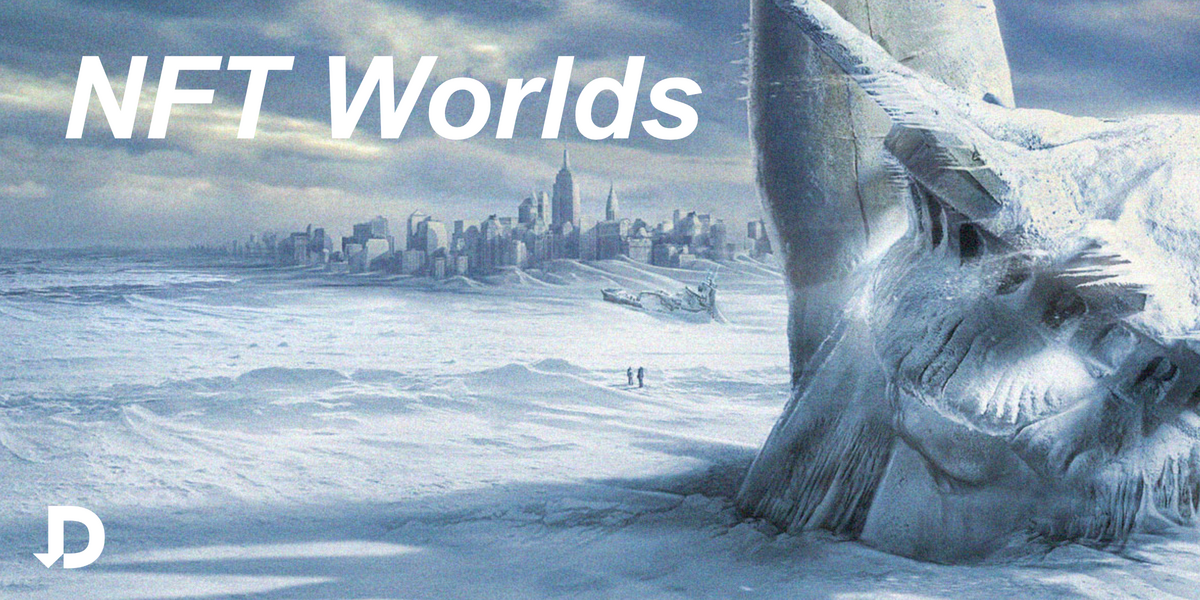 With real-world integrations between Web3 and IRL gaming beginning to occur, the consensus is that there are partnerships that need to be formed before an NFT project is released. We have seen projects like PixelMon try to create a vision, but the gaming and design studio that created the game is not actually involved in the process. We have now seen this happen with NFT Worlds.

NFT Worlds is a project that prides itself on enabling holders with the ability to possess their own worlds within Minecraft. This utility is crafted by hosting a server and designating server space for holders. The holders get their own private lands and subsequently have the ability to invite people to join. This utility allows users to buy a piece of private land in a game that they were already accustomed to. 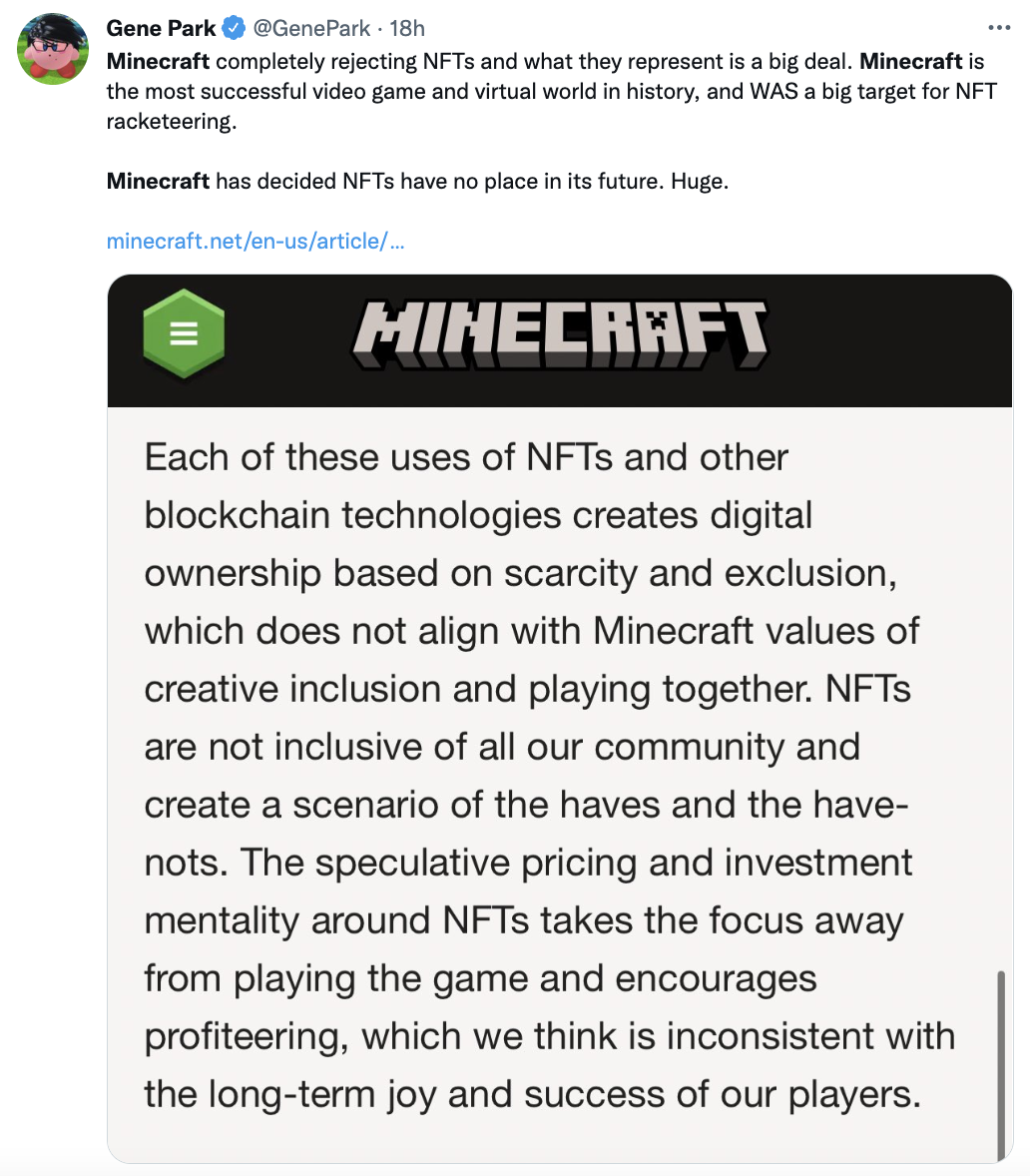 Although this new project type is promising, like most things in life, it isn’t quite perfect. NFT Worlds’ despair commenced on July 20th with Mojang, the studio behind Minecraft. The studio released a statement saying that “blockchain technologies are not permitted to be integrated inside our client and server applications, nor may Minecraft in-game content such as worlds, skins, persona items, or other mods, be utilized by blockchain technology to create a scarce digital asset.” As the primary utility of NFT Worlds is the integration into Minecraft, the preceeding statement has been perceived as the death knell for this initiaitve. At the time of writing, the floor of the project is teetering around 1 ETH. Given that the project’s floor price reached upwards of 15 ETH at the top, the project hasn’t executed what it set out to achieve, and this roadblock is one that derails the entire project.

We are already seeing some really good options for the future of @nftworldsNFT... Mojang lighting a fire within us, and we're dedicated to a solution.. Give us some time, we don't go down that easily.

The sentiment from the founders remains optimistic. They are viewing this as an opportunity to pivot. What that pivot looks like is anyone’s guess. But with a project that has as big of a funding wallet as NFT Worlds, the possibilities are endless. This one event goes to show that regardless of using another entity’s intellectual property and it being possible to sell in Web3, it’s still theft of intellectual property and it will be dealt with as such. WAGMI.

@Franklinisbored is a Bored Ape Yacht Club whale that owns 57 apes and is a prominent force on Twitter. A very active NFT trader, Franklin enjoys posting the quick NFT trades that he makes even if it's for just a fraction of ETH. In traditional finance, we would call this "scalping" which is a trading style that specializes in profiting off of small price changes and making a fast profit off reselling. However, things took a turn for the worse yesterday when Franklin lost 100 ETH.

Oh no, I lost 100 ETH. I was celebrating my joke of a domain sale, sharing the spoils, but in a dream of greed, forgot to cancel my own bid of 100 ETH to buy it back. This will be the joke and bag fumble of the century. I deserve all of the jokes and criticism.

If you are confused let me break it down for you:

Now there are two camps on Twitter about this event. Some feel bad that Franklin lost his 100 ETH off a joke that he was trying to construct. Others feel like it wasn't a "joke" bid and if you are playing with fire by making bids on your own NFTs and get caught in the process - you deserve everything that happens in return.

To add fuel to the fire, in classic web3 trolling fashion the address that recieved the 100 ETH has been buying random OG NFTs like Miladys.

What had begun as a playful move to illustrate a particularly fun combination of words, that is - CryptoDickButt, has evolved into an NFT cultural staple that now commands a 2.5 ETH floor price. Despite the project being the "butt end" of jokes for new entrants to the NFT ecosystem, the project is an example of how the combination of provenance and memability can produce a durable and desirable digital asset. The DickButt cultural matrix includes some outspoken personalities like bas.eth, who frequents the project’s Discord, champions the project on Twitter, and feeds the cult following with plenty of leadership. CDB was originally shared as an NFT in the CryptoPunk’s Discord in small doses, and it is largely because of the Punks’ obsession with them, and their cultural command that the project then gained wider traction.

The community sentiment among CDB holders has stayed strong and remains firm during crypto winter, and this is in no small part due to the blue-chip NFT holders that comprise a large chunk of its community. IRL engagement for the project is also strong, just last month holders got together in NYC for a CDB themed ball. The projects floor price has in fact doubled since last month, and trade volume peaked at an exceptional height on Wednesday. 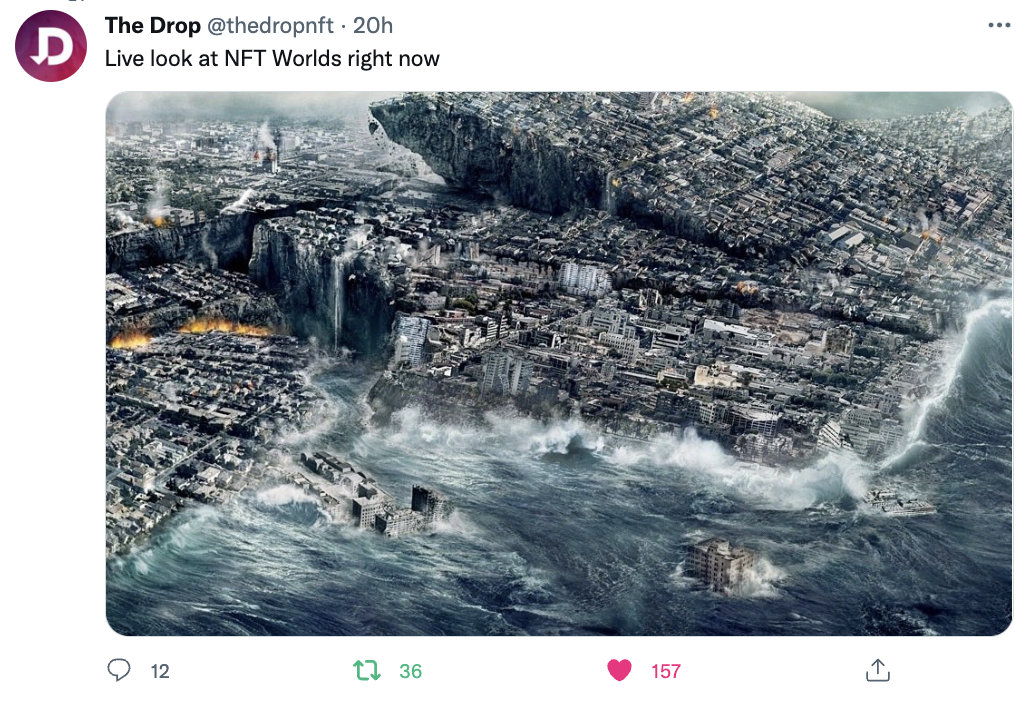 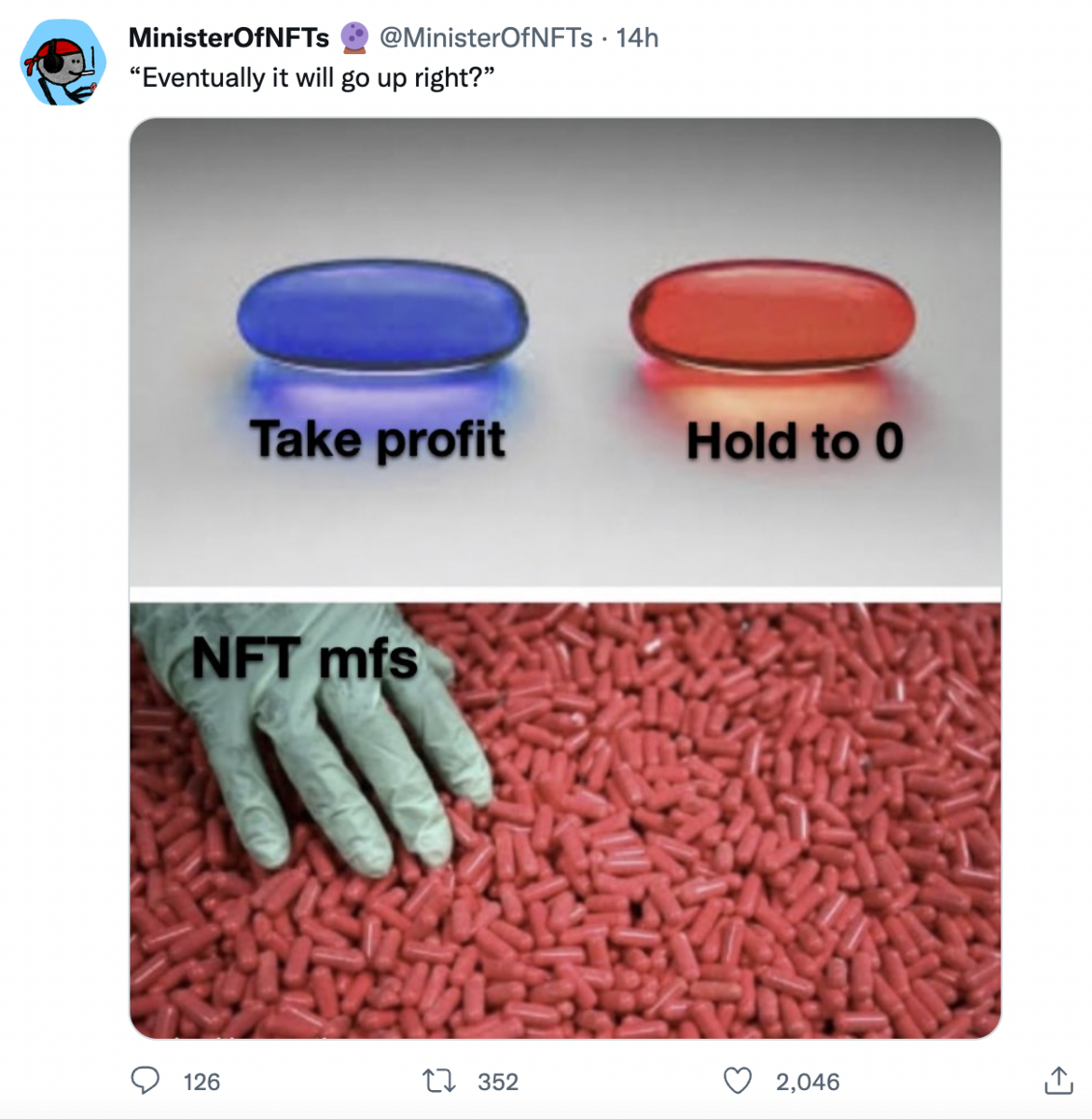