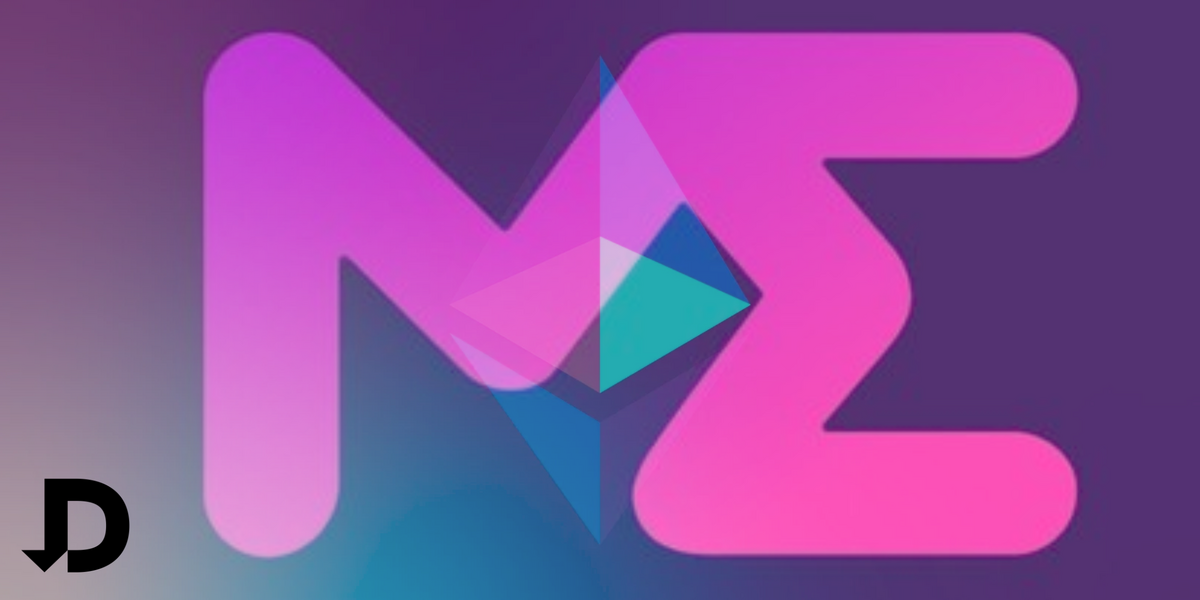 As you are reading this, the announcement is dropping that Magic Eden, the largest Solana NFT trading platform, is incorporating Ethereum NFTs onto its platform. This news expedites Magic Eden's attempts to expand its footprint across Web3 communities and allows both SOL and ETH NFT investors to share this space as a whole.

Here is a list of other features coming out with this update:
- Magic Eden List (a tool for audience targeting and building whitelists)
- Magic Eden Launchpad (a tool for project founders now compatible with ETH/SOL)
- Magic Eden Drop Calendar for August
- Additionally, Magic Eden is putting its cross-currency trading platform, which will enable users to explore the largest range of SOL and ETH NFTs and make purchases using SOL, ETH, or credit cards, through private beta testing

On top of this, Psychedelics Anonymous also announced that their sister project "Ezu" will be launching on Magic Eden's platform with the ability to mint in BOTH $ETH or $SOL. Truly a historic day for all NFT communities involved. If you aren't familiar with Psychedelics Anonymous we wrote about them months ago for their incredible launch. you can read that here. This will be the first project to release on Magic Eden's cross-chain launch pad.

EZU will be the first ever cross-chain mintable Ethereum NFT collection to launch on @MagicEden’s Launchpad. Available to mint in $ETH or $SOL.

Here's what Jack Lu, CEO and Co-Founder of Magic Eden has to say about the massive announcement: “We believe in a collective NFT community that exists across multiple chains. Launching collector tools like the cross-chain Magic Eden Drop Calendar will be the first step towards realizing that vision. The roll-out of cross-currency purchase support for SOL and ETH NFTs will build on our efforts. The more creators and collectors can reach across chains, the more we can collectively experience powerful cultural moments on the blockchain. We are honored to be the destination that will bring the next wave of users into the Web3 movement.”

The NFT marketplace is only going to get more and more competitive. It's no secret that OpenSea will feel the heat of this announcement. Project founders will be able to use the Magic Eden launchpad to have their mints in both ETH and SOL exposing their project to a massive audience. Why wouldn't you want to have your mint on both chains if possible?

Shortly after his father Bernard Arnault, co-founder of the LVMH conglomerate, expressed his skepticism about the Web3 space, Alex Arnault purchased CryptoPunk 3167 for nearly half a million dollars. In the following month, February, Alex began his new role as the executive vice president for products and communications at Tiffany & Co. Then in March Yuga Labs acquired CryptoPunks and for the first time makes the project’s IP rights available to its users. All of these events have culminated in the latest Web2 + Web3 collaboration, the NFTiff. Alexandre leveraged his social capital within the NFT space and within the CryptoPunks community in particular to commission the production of 250 unique Punk pendants handcrafted by Tiffany & Co. There will be 50 spots available on the allowlist and the remaining 200 will be spots will be available through the public sale. Punk holders that purchase an NFTiff for 30 ETH will receive both a physical pendant of their Punk as well as an NFT of the pendant of their Punk.

Shall we custom make @TiffanyAndCo Cryptopunk pendants available for punk owners to order for 1 week? Can’t do 10,000 though …

Alex was able to execute this project because Punk owners finally own their IP rights and can therefore do what they desire with their art. While some people on NFT Twitter perceive this to be a cash grab, it really can’t be reduced to just that. For international renowned and respected jeweler like Tiffany to take NFTs seriously puts CryptoPunks in a new position of visibility among the significant cultural vanguard. This project is also a good example of how value is created mutually for both parties. On one hand, each NFTiff buyer is shelling out 30 ETH, close to $50,000, but they are also receiving that value back in the form of public notoriety. It has also been suggested that holders of the NFT will have access to some future deliverables from Tiffany. This isn't just a situation where some IRL institution is taking advantage of the fecund Web3 market, rather it is collaborative since Alex Arnault has a stake in Web3 and has visions to integrate Tiffany & Co into its future.

The post above sent the entire NFT space into a frenzy. If the project sells out that is over $12,000,000 USD spent on the pendants. This would be a great indicator that indeed the market is still very much alive. 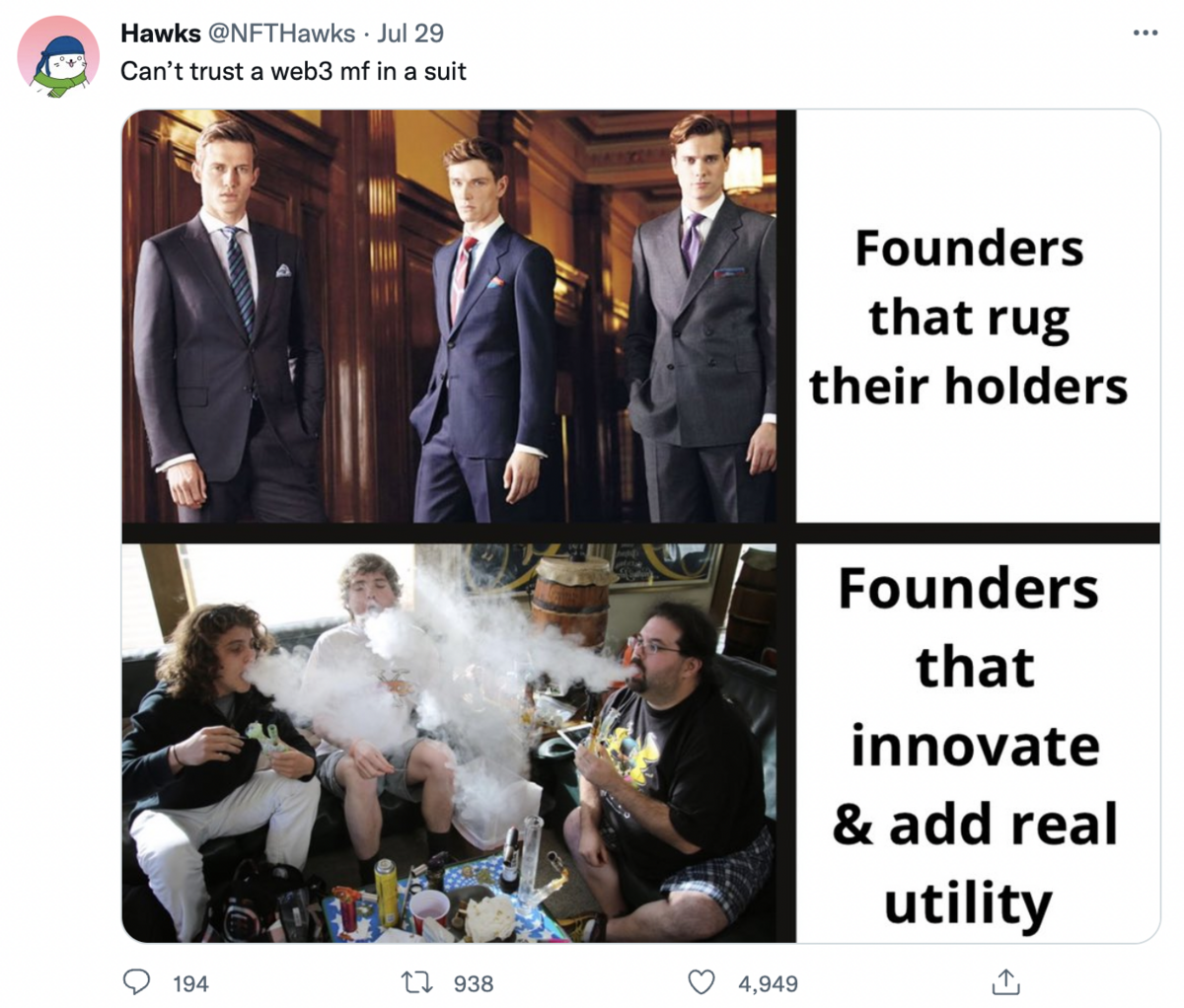 Want to get your project featured?